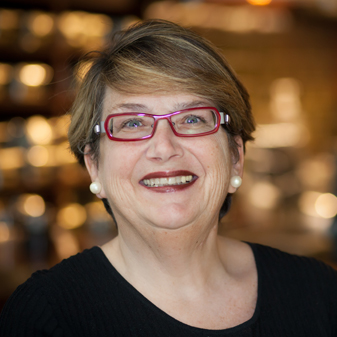 Lucy Helm has been a partner (employee) at Starbucks for fifteen years. She was appointed as executive vice president, general counsel and secretary in May 2012. In her role, Lucy leads the global Law & Corporate Affairs department, including 210 legal and compliance partners (employees) in 16 offices around the world. She also serves as a member of Starbucks senior leadership team and supports the company’s board of directors.

In addition to her work at Starbucks, Lucy is a member of the board of directors of the global humanitarian agency MercyCorps. She also serves on the board of the Washington YMCA Youth & Government Program and the advisory board of Disability Rights Advocates, a non-profit disability law center in Berkeley, California. Lucy serves as the co-chair for the 2013-14 Campaign for Equal Justice and is an active volunteer with Parkview Services, a Seattle based non-profit providing housing and other services to persons with disabilities. In 2014 Lucy was a recipient of Legal Momentum’s Woman of Achievement award, and was recognized by the National Law Journal as one of America’s 50 Outstanding General Counsel.